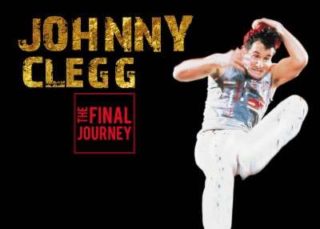 “Kirstenbosch is pleased to announce that we will host a Kirstenbosch Botanical Garden farewell to Johnny Clegg. Johnny has played at the Garden for the past 10 years and has agreed to bring his Final Journey tour to the Garden. This will be his final performance in Cape Town. Unlike the Kirstenbosch Summer Sunset Concerts, the show will be at night forming part of his farewell tour.”

Nearly forty years after he began one of music’s most remarkable careers, Johnny Clegg is embarking on his Final World Tour, titled The Final Journey. 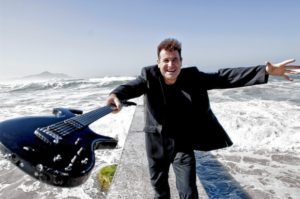 The tour which has seen 12 sold out concerts in South Africa and two sold out London concerts, is built around Clegg’s unparalleled repertoire of songs which began with the release of Juluka’s Universal Men in 1979 and continued through the Savuka years and his more recent solo work.

Clegg’s many different hits and live favourites will be brought to life on the Kirstenbosch Garden stage, supported by his world-class live band.

Johnny Clegg: The Final Journey World Tour represents the peak of a career that has combined near matchless music success with sustained – and significant – social, political and cultural impact.

Clegg’s recorded output as part of Juluka, Savuka and solo has earned him millions of record sales, countless awards and nominations (including a Grammy nomination) and multiple international releases, all eagerly consumed by a truly global audience. He was the forerunner of combining Western musical styles with African ones, sparking a revolution in South African music that can be still be heard in the work of artists today.

Most potently, Clegg’s ability to illuminate the connectedness of all human beings through his music meant he was a pioneer of social cohesion in South Africa. He also provided a portal for international audiences to gain a deeper understanding of the anti-apartheid movement and the journey towards, and ultimately into, freedom.  For this, Clegg has received many different honours including an OBE (Officer of the Order of the British Empire), the South African Order of Ikhamanga and the French Chevalier des Arts et Lettres (Knight of Arts and Letters) , as well as several honorary doctorates.

Gates to the concert area open at 18h00.